The Great South West sends a message to Boris Johnson 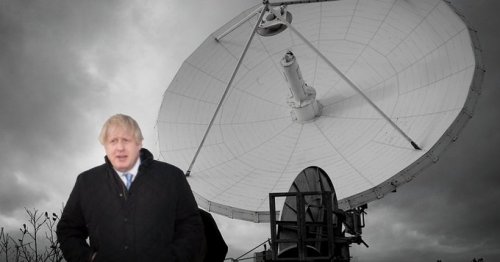 The South West needs help like never before as the region's economy looks set to be the hardest hit in the UK by the Covid-19 crisis.

The South West has suffered its biggest economic shock in 100 years, according to a new report, and coastal and rural towns that rely on tourism, retail and small businesses are the biggest casualties.

Cornwall alone has lost out on £450million in visitor spend this month, new figures show.

And the implications go far deeper for every business, including the food and farming supply chain, travel, manufacturing and commercial property as workers abandon offices for home working.

Economic leaders say that now more than ever, the government needs to get behind The Great South West initiative to secure the prosperity of the region as it looks to rebuild with the green economy at its heart.

David Ralph, chief executive of the Heart of the South West LEP and a leading voice in The Great South West campaign said there is a real danger that the South West has been seen as the 'lucky one' because the numbers of those affected by the pandemic have been the lowest in the UK.

But there are going to be serious long term effects with tourism and leisure the last areas of society to be released from lockdown.

He said: "Our economy has been hit hard and early through its collapse of key bedrock sectors such as tourism; the changing supply and fulfilment regimes in food supply and distribution and air travel, is an already fragile business sector.

"There are currently no passenger flights at Exeter airport, there is one at Newquay and we have seen the closure of Shearings Holidays. It is not just individual small businesses in the High Street but the big infrastructure that is really changing."

Cornwall, Devon and South Somerset have all been identified by Government as being severely economically impacted by the pandemic.

The collapse of Flybe in March and the loss of Shearings holidays and its seven hotels in Cornwall and four in Devon are among the casualties.

Last month, an initial impact study of Covid -19 on the region by the University of Exeter concluded: "The South West Peninsular is in the midst of a profound economic shock, potentially the deepest in 100 years.

"Much of the region's economy has been shut down and high levels of dependence on shutdown sectors, accommodation, food and drink, leisure, travel and non-essential retail, suggests that our region will be particularly hard hit."

Tourism bosses across the region have stressed that visitors must stay away and the question now is can the region's cafes, bars, hotels and attractions safely open for season ahead.

The fear is unless businesses can open up in some way this season, they will effectively face three winters in a row, which many may not survive.

Glenn Caplin, chief executive of the Cornwall and Isles of Scilly LEP, said: "We have already seen a huge reduction in visitor spend. In May, Visit Cornwall predicted a loss of £450million."

He said tourism bosses had shown great leadership in putting health and wellbeing first and unless the region is able to safely manage the easing of lockdown restrictions, a second spike could potentially be more devastating for the region.

He said: "If we see the lockdown end in July then a second spike is possible. If that happens and there is another lockdown in July and August, where we would lose potentially £800million in visitor spend, that would have a severe impact on the tourism industry.

"We want to see a sector specific support package to help the industry recover which could involve flexible furlough and support through the summer months that will help keep businesses going through winter."

In Torquay, Susie Colley, chairman of the Torquay Chamber of Commerce and a board member of the Torquay Town Deal said that Easter was like a 'ghost town', but however tempting it is to open up for the summer, an influx of visitors could be even more devastating.

She said that the formation of the Town Deal Partnership aims to create £25million seed funding to act as a catalyst for redevelopment of the town centre, including the neglected Pavilion and tourist hubs like The Strand.

She said: "I think that Covid will accelerate that plan, because with tourism taking a big hit, we are going to be bereft to put it mildly.

"We welcome the government funding put in place to help businesses through but we have to think long term. If we don't get the £25million to re-do the town, I really don't know what the future will hold."

And it's not just tourism but the small rural high streets that have been devastated, with Newquay coming out top of the 20 hardest hit areas in England and Wales, according to a recent Centres for Towns report. Footfall in towns is down by an average of 85% and even buoyant areas like Exeter have been affected with the loss of 15% of its population this spring, due to students returning home.

those towns and cities that have reshaped themselves as 'destinations' will also struggle until shoppers feel safe going out again.

Manufacturing, particularly those supplying the mass transit and air passenger sectors, has been affected - with the sector making up 14% of jobs in Plymouth.

Stuart Brocklehurst, chief executive of Applegate, an online procurement business in North Devon, said that the businesses that will best survive will have already embraced digital selling platforms and will be identifying new customer bases.

He said: "The greatest determinant of which businesses survive will be the approach they take to the situation, in terms of planning ahead how to survive tough times, not just now but over the next couple of years, and also - very importantly - how they take the time now to work out which new markets they may be able to address as we emerge."

It states that its long term plans to create England's greenest economy will deliver £35billion of economic uplift and support 190,000 jobs.

It plans for the South West to become the largest carbon sink in England and to pioneer carbon-zero food production and farming.

It wants to secure ultrafast connectivity to 80% of business premises by 2025 and become a world leader in autonomous marine technologies.

Mr Ralph said: "Our environmental assets and natural capital will become more valuable over time in the need for clean energy and carbon sequestration.

"Our prospectus delivers directly to the future of work and people's desire for a high quality and safer environment."

Mr Caplin added: "We don't want to minimise the challenges we are facing in the months ahead but I do think that the Great South West can contribute to the national recovery by accelerating of the low carbon economy.

"What we have seen during all of this is what can be achieved by the public and private sector working together and we can take on the climate emergency if we take on this approach."