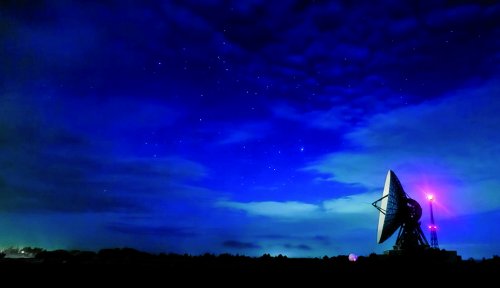 As we await this week’s budget, the Great South West partnership is hoping for £2m seed funding over three years to develop a full business plan to unlock unprecedented growth in the region.

The Great South West is a powerhouse economy worth £64bn across the south west peninsula counties of Cornwall, Devon, Somerset and Dorset.

By focussing on key strengths, the region has the potential to generate an extra £45bn to the UK’s economy and create 190,000 new jobs over the next 15 years.

Over recent weeks, the Great South West partnership has gained momentum with the newly-formed All Party Parliamentary Group (APPG) having met to re-iterate its infrastructure priorities; the APPG Chair, Sir Gary Streeter, has written to the new Chancellor for his continued commitment to the region, formerly assured by his predecessor; and on Friday 6 March the Great South West’s prospectus: Securing Our Future was announced at the South West Business Council’s AGM in partnership with the Western Morning News’ #BackTheGreatSouthWest campaign.

It’s been publicly acknowledged that successive Governments have underinvested in the south west for decades.

At a Great South West partnership delegation visit to number 10 in December, the Prime Minister said he wanted to level up the country and to support and champion what we do in the south west, and that this region is a priority.

Steve Hindley, Chair of the Great South West Steering Committee said: “Our common voice is increasingly being heard in the halls of Westminster; and we urge the Government to take up our challenge as part of its Levelling-Up agenda and invest in our region.

“We’ve got a very strong partnership of LEPs, local authorities, universities, colleges and business, and if we get the £2m we want this week, we’ll be looking for more collaboration with businesses to build the momentum that we’ve seen take off in the north and midlands.

“We’ve been asked by Government to be ambitious, and we are. Our aim is to be the first carbon-zero region in the country, and be a net exporter of energy, whilst building on our other key sector strengths in the blue and green economy.”

Karl Tucker, Chair of the Heart of the South West Local Enterprise Partnership said: “It’s on the record that successive Governments have under-invested in the south west and now is the time to level up with the northern regions and the south-east. We’ve got the potential to lead the UK as the first carbon-positive economy by building on our strengths in the green and blue sectors.”

Jim Stewart, Chair of Dorset Local Enterprise Partnership said: “The Great South West has united the south west region, creating a clear voice and an ambitious vision for the future. We will focus on clean and sustainable growth, utilising our outstanding natural assets and thriving blue and green economies. With government backing this Great South West proposal will bring economic, social and environmental benefits to our region.”

Mark Duddridge, Chair of Cornwall and the Isles of Scilly LEP said: “This week’s Budget is the first opportunity for the Government to show that it is serious about delivering its levelling up agenda to all parts of the country. The Great South West partners have come together as never before to present a coherent and compelling vision for the advancement of our region, and we hope to see that recognised on 11 March.”

John Hart, Leader of Devon County Council and local government lead on the Great South West partnership added: “By everyone pulling together, we are forging a powerful alliance to fly the flag for the Great South West. We want to increase prosperity to our region and respond positively to climate change with a blueprint for clean energy growth. With the Government’s backing we can and will do it.”